LET US HELP YOU THRIVE, and FINE TUNE YOUR SOUND HEALING PRACTICE! 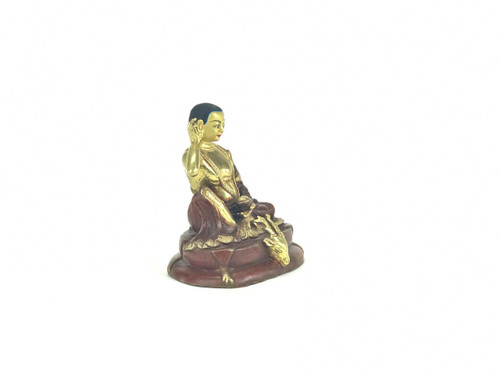 Ujetson Milarepa is widely known as a profound yogi and a poet.His right hand is raised to his ear, showing that songs and poetry were his main forms of communication.In his left hand he holds the kapala skull cup, symbolizing the transience of human life.Malirepa sits atop an animal pelt, representing the time he spent meditating in mountain caves and in the wild.