Everything You Need to Know About Using Sound with Chakras

The Truth About Sound And Chakras 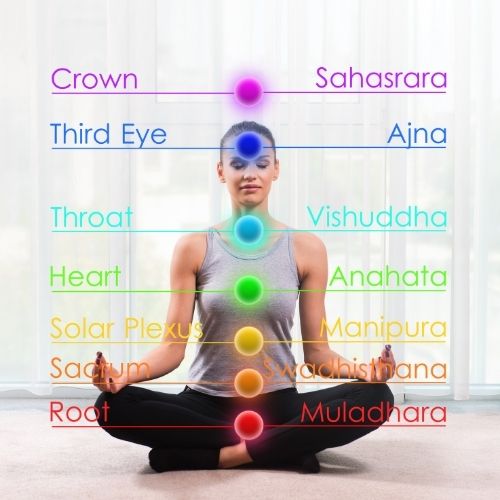 We know you have seen all over the internet that certain notes or certain crystal singing bowls attune to different chakras. The C note is supposed to work with the root chakra, and the F note is supposed to work with the heart chakra. In truth, the reality is not so plain. Please take the time to read through how sound can be paired with chakras as a tool, and what information is just misleading.

The idea that you can use sounds to work with the 7 chakras is not new. Different cultures use different sounds, between the traditional Yogic and Hindu schools, and Tibetan schools.  Some use the progression of “Lam Vam Ram Yam Ham Sham Om.” Other cultures use other sounds. Another opinion we’ve seen is that different 432hz based tunings or different solfeggio tunings work with the chakras. Beginning around the 1980's, the idea began growing, that the Western C major scale with the notes of C, D, E, F, G, A and B could be related to the seven major chakras. Since the 80s, the idea has grown in popularity substantially as different merchants have sold different “chakra tuned” products for practitioners. There are crystal singing bowl sets all over the internet promising a relationship to chakras, even sold as "chakra bowls". Selling sound towards chakras is a staple, and a basic practice in the therapeutic field, riddled with misunderstanding.

While it is true that sound helps when working with chakras, there is no true correlation between exact sounds and chakras. The idea that just by playing a certain sound, a certain chakra will be “healed” is not a reality. It is certainly a possibility, though the sound is not necessarily going to do anything. We have to understand that the progression of C, D, E, F, G, A and B, as it is currently tuned, was invented in in the 16th-17th century by mathematicians. It was invented so composers could write more complicated music, and has no basis in a spiritual tradition. Sound works, in general. What we need to understand when using sound is that sound working is dependent upon the quality of attention and intention one has during their practice, and not the exact sound used. Sound bypasses the thinking mind, disrupting blocked energies, letting us entrain deeper into our experience, so we may more finely be present and work with the energies of the chakras. Sound is an excellent tool! Though, without the correct use of attention and intention, or, without the right skillful means, or, without the right conditions in place, it does not matter if we are using sound at all. The Buddha did not attain Enlightenment because of a certain sound used from an instrument, but because of the skillful conditions of his practice.

Why would someone buy a chakra set then? Why does Sunreed sell a chakra set when there is no real relationship to the chakras?

The answer to this, is that the chakra set is still a great tool that really does help beginner’s attend to and move through their experience. This makes me think of when I was 19, and starting to learn about meditation in Santa Cruz, California. The meditation guide then had us simply move our awareness from the lowest chakra up to the crown chakra. He played a tape of simple sounds. When the sound changed, we were told to move up to the next chakra and stay there as long as the sound stayed the same. When the sound changed again, we moved up to the next chakra. At 19, I did not have lots of experience with subtle energies. The sound used in this meditation was a great aid to my attention, and truly helped anchor my attention to the chakras and helped me move my way up my spine.

The power of belief is real, and belief about the world shapes the very way we perceive it and act in it. To believe and expect a certain outcome from a certain sound is powerful. So, to believe that the certain notes of the C major scale (C, D, E, F, G, A, B) help with the chakras, and then to use each sound with the chakras is really an effective tool for beginning practitioners to fine tune their awareness. If I were to have the intention of doing chakra work, and wanted to play singing bowls for a group of people I would definitely consider using a chakra set for this reason. Though really, you can use any sound with any chakra. Use one sound, or use five. Use sounds you like! Or use the chakra set. Pairing sound with your meditation is a proven method for increasing the depth and effectiveness of a practice.

Tips For Meditating With Sound And The Chakras

Sound is a great tool to use with a chakra meditation. Sound concentrated our attention, breaks through obscurations, and allows us a fine tuned awareness in which we can transform. In the video below Zacciah Blackburn and Dorothy Stone show the simplicity of working with sound and the chakras, leading you through a full chakra practice. It is through the simple utilization of attention and intention that the energetics within us can transform.