Join Us In September For Our Introduction To Sound Healing Online 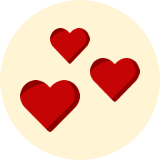 We donate a percentage of every sale to non-profits working to better our world.

When And How Will This Ship?: This shang will typically ship the next day after order, with FedEx ground, and arrive 3-7 days after order

Product Description: The Shang, or Bon bell, is one of the oldest and most profound of Tibetan sound healing tools. Derived from the ancient Bon Shamanic cultures of Tibet, it is a rare and almost unknown instrument, even among Tibetan monks. It is used for invocation and dispellation, or to clear and align energies. It is a most powerful device, which requires our utmost integrity of intention in its rightful use. It is a flat bell, considered primarily a feminine device, as most bells are. Yet, like most bells it has both the container (feminine) and the clapper (male). So, it, like many instruments, incorporates the 'male and female' aspects of creation in its use. The one who understands this, understands the power of the tool. It is a powerful spiritual tool for breaking up and clearing thought forms in a person's auric field, as well as in a room. But, equally, it is used to invoke higher principles of Light and Life, and to spread one's prayers or intentions into the atmosphere, for the benefit of all. The shang, which looks like a hand-sized cymbal, is traditionally placed on an altar with the clapper upright, to gather pure energies from the Cosmos, while it is resting.